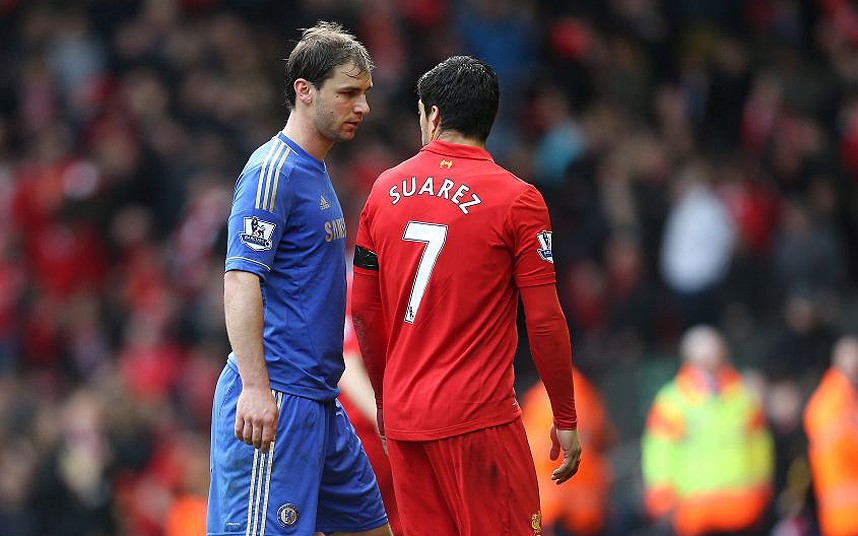 In the second half of the contest, the Uruguayan was seen sinking his teeth into the arm of the Blues’ man before later scoring the last goal of the match to share the spoils in their league battle.

In a statement, the striker said: “I am deeply sorry for my inexcusable behaviour during our match against Chelsea.

“I have issued an apology and have tried to contact Branislav Ivanovic to speak to him personally. I apologise also to my manager, playing colleagues and everyone at Liverpool for letting them down.”

Reds manager Brendan Rodgers revealed that he spoke to his player, reprimanding him for his actions. “Having reviewed the video footage and spoken to Luis, his behaviour is unacceptable and I have made him aware of this.”

Liverpool managing director Ian Ayre aired his disappointment in Suarez’s actions and revealed they will accept any disciplinary action that the Football Association may give.

“Luis has made an unreserved apology for his actions today,” wrote Ayre.

“His behaviour is not befitting of any player wearing a Liverpool shirt and Luis is aware that he has let himself and everyone associated with the club down. We will deal with the matter internally and await any action from the FA.”

Suarez was in the middle of both good and bad parts of the match. He assisted in their first goal before handling the ball from inside the penalty box to give Eden Hazard the chance to restore the lead for the Blues.

Following the match, Chelsea keeper Petr Cech told the media that his teammate was not happy at all about the incident.