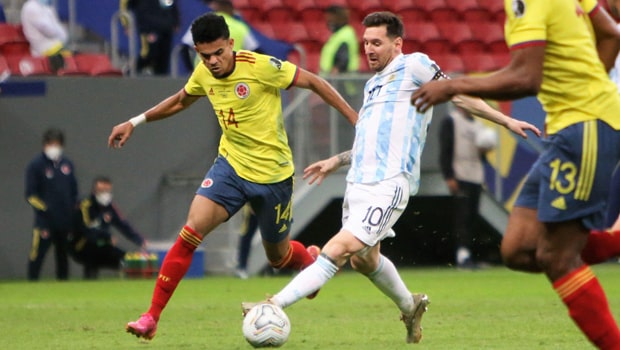 Lionel Messi finally won a trophy with the Argentine national team as Argentina defeated Brazil 1-0 at the Maracana.

“Leo [Messi] has been nursing an hamstring injury since we played the Colombia game and carried it into the final against Brazil as well.”  he said.

Scaloni further revealed the skipper was advised to rest his muscles before prosecuting the game against Brazil but refused as Messi declared himself fit to see out the game.

“He is a good leader worthy of emulation as he has been fantastic in this tournament and we are all happy we achieved our aim which is to win the Cup.” he added.

Not only did Messi help his country clinch the title, he was brilliant all through the tournament as he won a number of individual honors; Most Assist (5), Highest Goalscorer (4), and Player of the Tournament.