FA Cup: No let up from Man City slickers 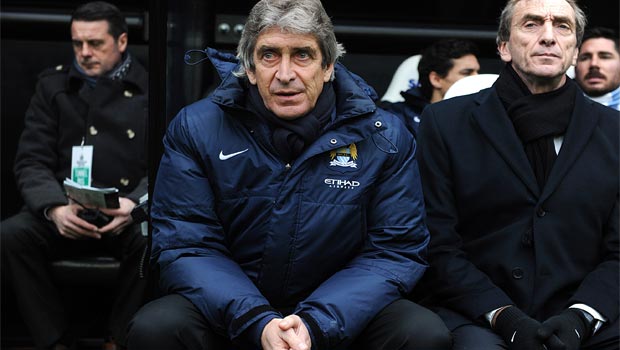 Manchester City boss Manuel Pellegrini has warned club’s rivals that his side will be looking to win every competition this season as they prepare to face Blackburn in an FA Cup third-round replay on Wednesday.

City have enjoyed an excellent first half of the season under their new coach and currently sit second in the Premier League table, while they have a mouth-watering Champions League last-16 clash against Barcelona on the horizon.

They are also virtually assured of a place in the Capital One Cup final, having thrashed West Ham 6-0 in the first leg of the semi-final, and will look to set the record straight in the FA Cup against Rovers at the Etihad Stadium after a 1-1 draw in the original fixture.

With so many high-profile matches coming up, it would be easy for a club like City to prioritise and take their foot off the gas in the domestic cups.
But the Chilean tactician is having none of it and made it clear that every game is as important as the last.

“We are trying to win every match,” he told MEN Sport. “It’s very difficult but we will try.”

A few managers have played down the importance of the world’s oldest domestic cup competition and suggested that they would rather get knocked out of the cup if it helped them survive in the Premier League.

But Pellegrini does not subscribe to that view and stressed that he wants his men to take a winning mentality onto the pitch every time they play.

“It’s a very important cup because it’s a very traditional cup,” he said. “I don’t understand the reason why because we’re not playing the Premier League that you don’t want to win.”

Sergio Aguero has been tipped to return for the hosts after missing the last eight games with a calf injury and his return will be welcomed, with Samir Nasri now out of action for a couple of months.