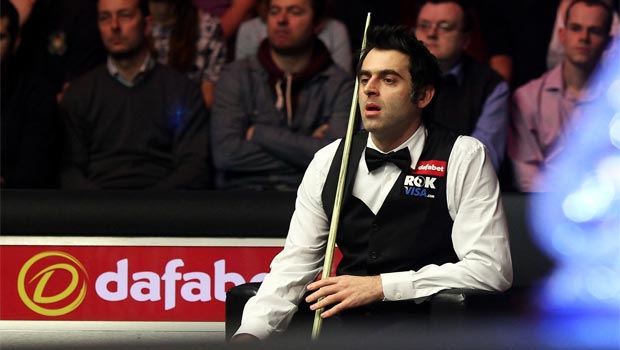 Ronnie O’Sullivan admits he was inspired by celebrity friends Damien Hirst and Ronnie Wood as he beat Robert Milkins 6-1 to reach the quarter-finals of the Dafabet Masters.

The ‘Rocket’ picks and chooses his events these days but has always been a big fan of the Masters, having lifted the trophy in 1995, 2005, 2007 and 2009, and he wasted little time in advancing to the last eight with a scintillating display at Alexandra Palace.

The world champion thrashed the same opponent 6-0 in just 68 minutes at the recent UK Championship in York, and it looked as though another whitewash might be on the cards when he raced to a 5-0 lead.

But the ‘Milkman’ managed to get a frame on the board before the five-time world champion sealed the victory to set up a clash with either Barry Hawkins or Ricky Walden, who meet on Wednesday evening in north London.

O’Sullivan is 2.60 to secure his fifth Masters title, with Mark Selby priced at 5.50 and Neil Robertson on offer at 5.70 and, in top form, he looks a decent bet to add yet another title to his illustrious CV.

Both artist Hirst and Rolling Stones guitarist Ronnie Wood were in the crowd to watch him demolish Milkins and the ‘Essex Exocet’ was delighted to have two of his mates on hand to witness another clinical display by the green baize genius.

“Damien has been in my corner for a long time,” he said. “He gets me and understands how challenging this game can be, and gives me a lot of support.
“It was brilliant for Ronnie to come because I hadn’t seen him for ages.”