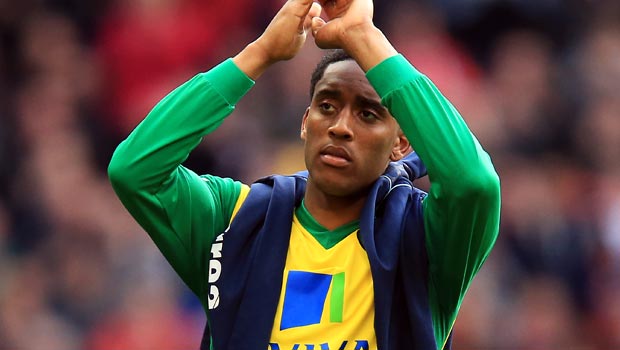 Leroy Fer is looking forward to showing off his capabilities back in the Premier League after leaving relegated Norwich City to join Queens Park Rangers for an undisclosed fee, believed to be in the region of £7million, on a three-year deal.

The 24-year-old Netherlands international, who featured at the summer’s World Cup finals in Brazil and scored in the 2-0 win against Chile during the group stages, only moved to Norwich last summer.

However after the Carrow Road outfit’s drop into the Championship he had been looking for a return to playing top-flight football this season.

And R’s boss Harry Redknapp has swooped to add him to the Loftus Road squad as he looks to ensure the London outfit remain in the Premier League for more than one season following their promotion via the Championship play-offs in May.

Fer is now relishing the opportunity of proving himself in England once again by helping QPR enjoy a successful campaign.

The former FC Twente said: “I can’t wait to get started here.

“It was always my dream to stay in England, in the Premier League. QPR did well last season to come up and the squad is full of top players, so I’m delighted to be here.

“Harry told me I was a big target for him and when you hear that from a coach, you want to work with them and play for them. I’m just looking forward to showing what I’m capable of here at QPR.”

Fer could make his debut for QPR in Sunday’s London derby at Tottenham with the side available at 7.03 to bounce back from their opening day

1-0 home defeat against Hull City. Spurs have been installed as the 1.45 favourites while the draw is 4.20.