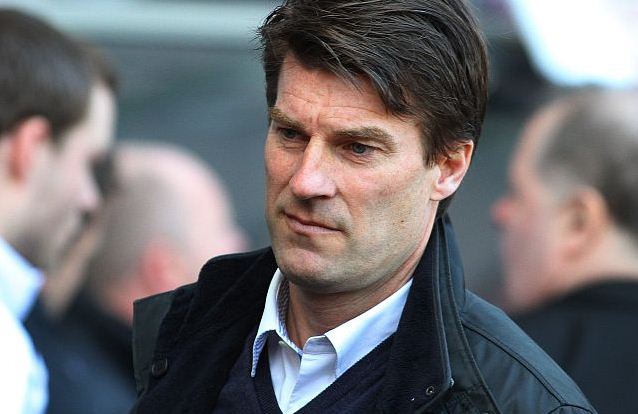 Swansea boss Michael Laudrup distanced himself from talks that he could become Barcelona’s next coach, with Gerardo Martino favourite to succeed Tito Vilanova.

The Spanish champions are hoping to appoint a new head coach next week after confirming Vilanova was stepping down to continue his recovery from cancer.

A number of people have been linked with the newly vacated post at the Nou Camp, including Laudrup, who has experience of playing and managing in Spain.

The Dane spent five years with the Blaugrana between 1989 and 1994, winning the Primera Division four times during that spell.

Laudrup went on to have relatively successful spells in charge of Getafe and Mallorca before he took over at Swansea, guiding the Welsh club to their first ever major trophy last season, the Capital One Cup.

As a result of his success and past relationship with the club, Laudrup’s name has been mentioned in connection with the Barcelona job.

The 49-year-old though has been quick to play down talk he could take over from Vilanova, claiming the fitness of the former Barca coach should be the main priority.

“I can’t comment on the speculation, it’s all just happened today and even for those in the club who maybe knew about the situation, I still think the announcement will have come as a shock,” Laudrup said.

“Just a few weeks ago I read he had said he was strong and feeling 100 per cent ahead of the new season, but now he’s gone. I don’t know what they’re going to do so let’s see.”

Former Bayern Munich boss Jupp Heynckes has also ruled himself out of the running for the role, claiming it be would be “impossible” to work with another club following the Bavarians historic treble last season.

The new favourite for the Barca job is former Paraguay coach Martino, with reports in Spain suggesting he is set to hold talks with the Catalan club about taking over.

The 50-year-old is currently out of contract after his deal with Argentinean side Newell’s Old Boys expired and a Barca delegation are said to be on their way to South America.