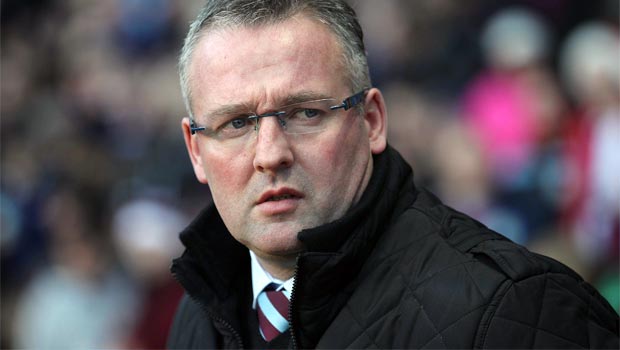 A good relationship with Chairman Randy Lerner is one thing, but Aston Villa boss Paul Lambert insists that this does not guarantee his survival in the hotseat at Villa Park if results do not go according to plan.

The Villans made a bright start on Saturday with Gabriel Agbonlahor giving them a seventh-minute lead against Swansea City, although they were arguably fortunate to pick up a point, with Roland Lamah equalising for the Swans, who dominated for most of the game.

Lambert’s side did at least end a four-match losing run with the 1-1 draw and now find themselves in the relative safety of 13th place in the Premier League, although they are still just four points above the drop zone.

The Scot, of course, had to battle against the drop last season, his first in charge of the club, but managed to maintain their top-flight status by picking up five wins in the final 10 games.

Despite a number of new arrivals over the summer, Villa look destined for a repeat relegation battle this time around, with the club’s home form becoming a headache.

The Midlands giants have picked up just two wins in front of their own fans this season, which has led to plenty of frustration in the stands, and Lambert is fully aware that his job is in no way guaranteed.

“I’ve got a good relationship with Randy, but that doesn’t mean I’m immune to it,” Lambert said.

“I always have that fear. I always had that fear as a footballer and I always do when I’m the manager. I think you’ve got to have that.

“I don’t think it will get any tougher than what happened last year and he was great with me then. I spoke to him last night and he’s been good now as well.

“We have a plan. Randy has been great on that front.”

Villa may be glad to be on the road on New Year’s Day, when they travel to take on basement dwellers Sunderland. They will be desperate for a positive result as they host Arsenal at Villa Park then travel to Liverpool in their two Premier League games after that.