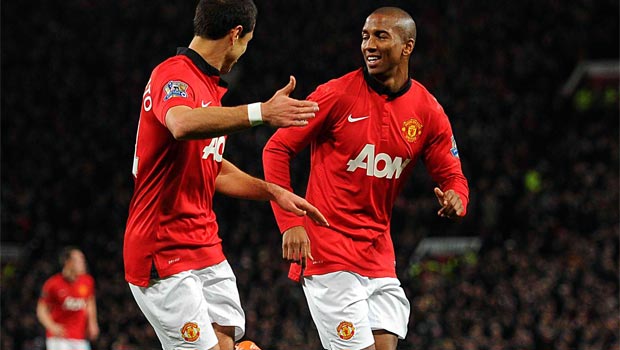 Ashley Young believes that Manchester United’s recent winning has indicated that they are still very much in the title race, despite being seven points off the pace.

United ground out a 1-0 win at Norwich City on Saturday which came on the back of a resilient performance at Hull City when the side rallied from 2-0 down to pick up the three points.

The Red Devils have now climbed up to sixth in the table and find themselves within touching distance of the top four, although a successful defence of their Premier League title still looks some way off.

That has not put off Young from issuing a positive bulletin of intent though from the champions and he insists that at no point have David Moyes’ men thought that they couldn’t repeat their success of last season.

“It is more the character and the team spirit we have got, to bounce back from defeats and disappointing performances,” Young said.

“We show that resilience, that strength in depth in the squad, that team spirit – we have got all that off the field, so when you take that onto the field, you win games and we have shown that in the past few performances.

“I keep talking about the momentum we are building. As long as we keep playing the way we have, we will keep building that up.”

“If you were to ask anybody around the club, no-one would have ever said we were out of the title race.

“We have to just keep winning games. Our momentum is building now and we have to keep playing as we have done to take those chances which will see us back up the table.”

United have a difficult-looking fixture on New Year’s Day when they host Tottenham at Old Trafford as they look to continue their pursuit of the Champions League places, although Moyes may be able to recall Wayne Rooney after he missed the Norwich win with a groin problem.