Posted by Robert Morris on September 6, 2013 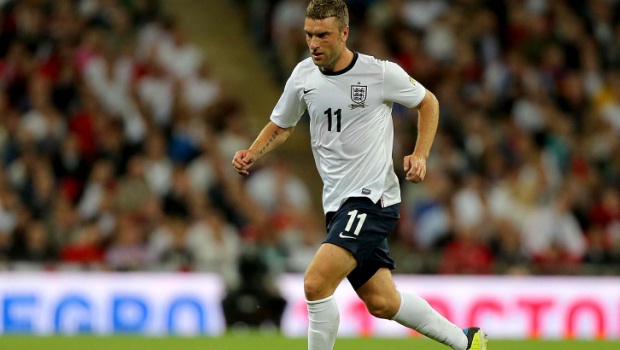 Striker Rickie Lambert will be handed a place in the England starting line-up against Moldova at Wembley tonight.

The Southampton front man made an immediate impact on his international debut against Scotland last month, coming off the bench to score the winner.

With Wayne Rooney definitely out with a gashed head and Daniel Sturridge struggling with a thigh injury, the stage is set for Lambert to star again.

Roy Hodgson is pleased that in Lambert he can call upon an in-form striker who kept up his run with a goal for Saints against West Brom last week.

“I have picked the team and Rickie Lambert will start, yes,” Hodgson said.

“He deserves a chance. I can’t deny had Wayne Rooney and Daniel Sturridge been available, it would have been harder for him to get a starting place but I am more than happy to have a player of his calibre to start this game.”

Hodgson strongly hinted at the likely starting line-up, with the only decision being who to choose at left-back, with both Ashley Cole and Leighton Baines in contention.

Other than that it will be: Hart, Walker, Cahill, Jagielka, Gerrard, Lampard, Wilshere, Walcott, Lambert and Welbeck.

England won the away tie in Moldova 5-0 and will not want any slip-ups with the crunch game against Ukraine just around the corner.

Ahead of next Tuesday, Hodgson will look to secure all three points tonight, as anything other than a victory will jeopardise their play-off hopes, and he will be wary of the fact that the visitors have lost only one of their last 12 away qualifiers by more than two goals.