2014 World Cup Qualifier: Republic of Ireland on a mission

Posted by Fred McKinley on September 6, 2013 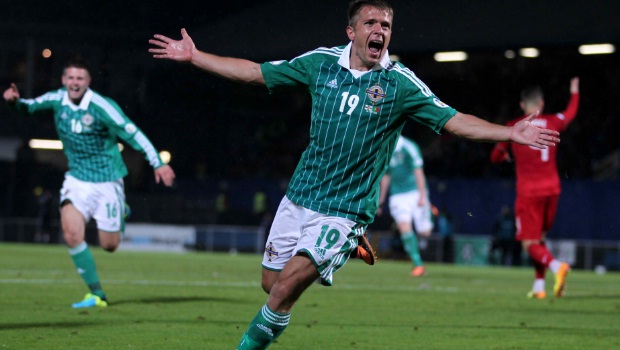 The Republic of Ireland will kick off against Sweden tonight desperate for all three points to take a step forward to qualifying for 2014 World Cup.

The position in Group C could not be tighter, with three teams, Austria, Ireland and Sweden, all locked together on 11 points behind runaway leaders Germany, who have 16 points.

Tonight’s encounter at the Aviva Stadium in Dublin is therefore vital to Giovanni Trapattoni’s side’s hopes of making it on the plane to Rio.

Much has been made of the fact that the Swedes can call upon the services of star striker Zlatan Ibrahimovic, but Trapattoni insists that his players do not ignore the rest of their opponents.

“Today, football has changed and it’s impossible to put Messi, for example, under lock and key. It’s impossible because the team allows him to keep the ball. You can’t put two men against Messi.

“Ibra is Ibra. He can score, he can play where he wants – he can play back, he can play as a striker and it will be important for us not to follow him because there are other players – there is the Sweden team.”

Ireland can take heart from the fact that they stopped the Paris Saint-Germain striker from finding the net in the 0-0 draw in Stockholm in March, and they’ve only lost one of their last eight internationals, and that was at the hands of Spain in the Euro Championships.

A draw would not suit either side tonight, especially Ireland who have to next face Austria in Vienna on Tuesday in what could turn out to be an even bigger crunch game, should they fail to secure all three points in front of their own supporters.