Cervera’s Time in Cadiz is Over 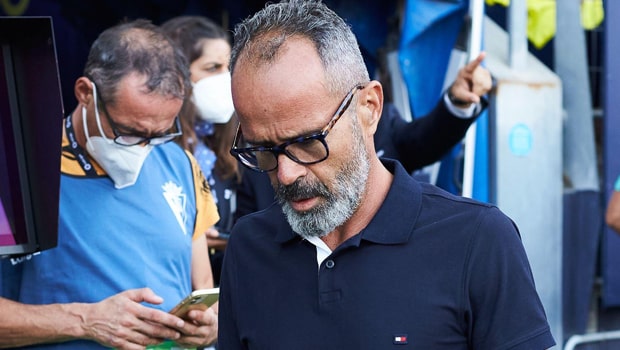 Alvaro Cervera has been with Cadiz CF for seven seasons and has been one of the club’s most successful coaches. One of his most outstanding achievements has been to return the club to the first division.

But in recent months the club’s performance has not been the best and is currently at the bottom of the table.

The objective that was imposed on Cervera at the beginning of the season is permanence in the first division. The club’s hierarchy has given Cervera all the confidence to achieve the season objectives, and they have tried to provide the coach with all the resources.

For example, the club worked hard to sign Ruben Sobrino from Valencia, one of Cervera’s main targets.

But despite the club’s efforts, it seems that things are not going well, and it is rumored that the patience with Cervera is coming to an end.

The ultimatum would be that Cervera must have the team out from the bottom of the table by January; otherwise, the coach will be sacked.

Some journalists consulted Manuel Vizcaino to corroborate the ultimatum rumor; the president was direct in his answers.

“Are you asking me about the coach? Said Vizcaino ironically and added,” The coach has a contract until 2024. There are no more questions, Your Honor. There is no debate.”

Regarding his bad relationship with the coach, Vizcaino said: “Cervera joins up again on the 27th and is going to have a great time with his family as I am with mine. We will give each other a hug when we see each other, as we do nine out of ten times. One we fought.”