Cadiz Wants to Borrow a Striker From Atletico Madrid 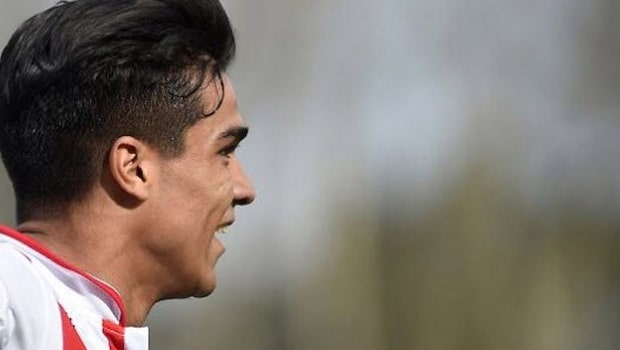 The relationship between Cadiz CF and Atletico Madrid seems to be going very well.

Last season Cadiz managed to get Ivan Saponjic on loan from Atletico Madrid. The Serbian striker had an excellent spell with the club, playing 11 games and scoring one goal.

In fact, Saponjic scored his first goal in Spain with the Cadiz shirt, and the striker was very comfortable at the club.

“I have had good opportunities here at Cadiz. I think I’ve played well. In my first game against Atlético, I was good. After that, I felt good on the field against Athletic Bilbao, Betis, Real Sociedad, and Real Madrid. I think it has been a good season for me.” Said the player in an interview.

Saponjic’s loan benefited both clubs, as Cadiz gained a player of sound level and Atletico was able to offer the player a place to acclimatize to Spanish soccer.

It seems that due to these good results, both clubs want to repeat the formula. This time it would be Matias Arezo who would arrive on loan to Cadiz from Atletico.

Arezo is an 18-year-old striker who plays for the Uruguayan club River Plate. The player is on the last talks to complete his transfer to Atletico.

The red and white club would loan Arezo as soon as he arrives in Spain to get used to Spanish soccer and start gaining experience.

Arezo just made the jump to the first division of Uruguay in 2019, but his performance has impressed everyone, and his value, according to Transfermarket is estimated at about € 6.5 million.