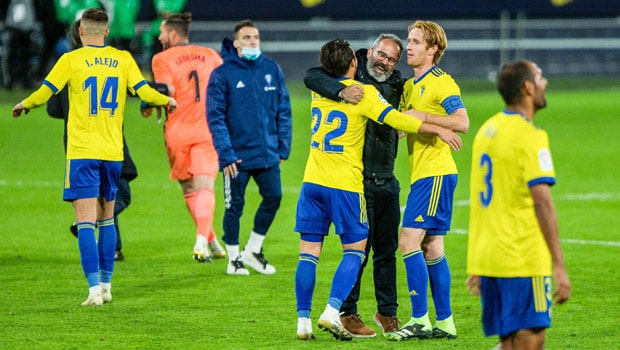 Enrique Ortiz and Jorge Cordero are in charge of the sports management of the club and are responsible for negotiating the departure and incorporation of players.

Both are aware that they have a great challenge ahead of them to strengthen the club for the next season. For this reason, they have not lost time and are already put to work to achieve the hires that Chief Cervera requested.

During an interview with Radio MARCA Cadiz, Cordero, responsible for scouting, said: “We are clear about the positions that we want to reinforce, which are a priority for us, having clear the outputs that we have to make. Cervera has said that he wants to reinforce specific positions, and we are working on that. We can have different opinions, but we will try to find the best possible, even if we make a mistake bringing a player.”

But even though things are not easy, Ortiz and Cordero have already completed the first signing of the summer; it is Varazdat Haroyan, central defender of FC Astana of Kazakhstan.

Haryana, 28, has played for various clubs in Armenia, Israel, and Russia. The player made headlines last year as he was rumored to be leaving professional soccer to fight for Armenia in the trenches of Upper Karabakh. Finally, this was denied by the player.

Because Haroyan has an international duty with the Armenian team, there are still some pending details to formalize his incorporation to Cadiz, but Ortiz and Cordero continue working on this.