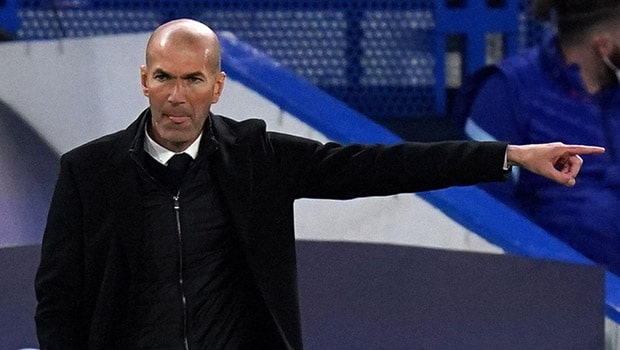 Despite having one year left on his contract, Real Madrid’s Zinedine Zidane has left his position as the club manager for the second time.

The departure from the Santiago Bernabeu is with immediate effect after a trophyless 2020/2021 season with the Los Blancos.

However, Zidane lifted the La Liga title and the Supercopa De Espana in the first season of his second stint.

Zidane played Real Madrid between 2001 and 2006 and also won the UEFA Champions League three times in his first stint as the manager of the club between 2016 and 2018.

However, after winning the La Liga in the 2019/2020 season, Real Madrid lost out to Atletico Madrid on the final day of the season.

Diego Simeone’s men pipped Real Madrid to the title with two points as both sides won their final games of the season.

Real Madrid was knocked out of the UEFA Champions League by Chelsea in the Semifinals while they were knocked out by Alcoyano in the Copa del Rey in January, raising expectations among analysts for his exit.

It is the first time since the 2009/2010 season that Real Madrid has gone a season without silverware.

Meanwhile, names have continued to pop up as a replacement for the Frenchman in the Real Madrid dugout.

In a statement released by the capital club, the Frenchman will continue to be one of Real Madrid’s greats.

“Zidane is one of Real Madrid’s great icons and his legacy extends beyond what he has achieved as a coach and player at our club.” read the statement.