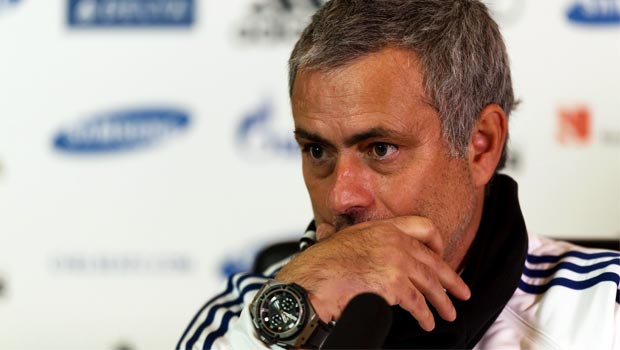 Jose Mourinho has played down Chelsea’s hopes of winning the Premier League title and says it will be next season before his side can be viewed as serious contenders.

Chelsea are 3.25 second favourites to go on and lift the trophy in May and although they are well in the hunt – just two points off leaders Arsenal , Mourinho says the objective of this season is just to improve and build a bigger and better squad for the future.

Mourinho may be trying to take the pressure off his players with such a statement, but no doubt deep down he believes this current crop of players can win the title.

“Our main objective for this season is to build a team, the best way to build a team is to be competing for things,” said Mourinho, speaking ahead of Wednesday’s match with West Ham.

“Everything is coming to us. I can imagine – more than imagine, believe, really – that next season we are going to have a really strong team, starting from day one with everybody.

“Next match is West Ham. We are there to try to win it.”

Another true test of where Chelsea are at with their development under Mourinho will come when they take on Manchester City on Monday night.

City will go into the game with a 100 percent home record and are understandably 1.85 favourites to take the points at the Etihad Stadium, with Chelsea priced at 3.83 and the draw at 3.35.

Before then, Mourinho’s men will be hoping to keep the pressure on their rivals when they host the relegation-threatened Hammers on Wednesday night.