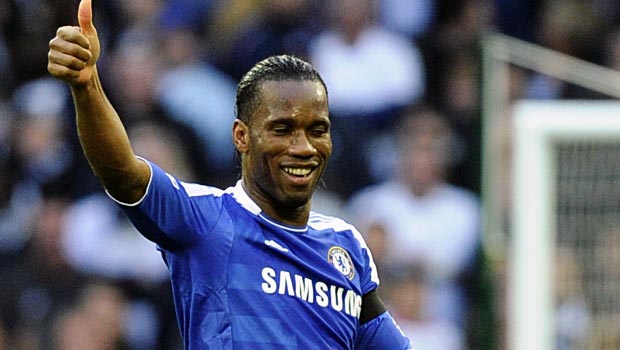 Chelsea boss Jose Mourinho is confident that veteran striker Didier Drogba can deliver the goods this season after returning to the club last week.

The Ivory Coast international left the Blues in 2012 after scoring the winning penalty in the Champions League final against Bayern Munich.

After eight years at Stamford Bridge, Drogba spent time with Shanghai Shenhua and Galatasaray but the Blues legend has now returned to work under his former boss.

He scored 157 goals in 341 games for Chelsea in his first spell and Mourinho has been delighted with the mood in the camp since his return.

Speaking after his side’s 2-1 win over Slovenian side Olimpija Ljubljana, Mourinho said: “First of all when he came, it looks like he never left the club. It was so normal, nothing new at all because he knows everybody and everybody knows him.

“He was ever-present even when he wasn’t here. Chelsea belonged to him, even in the last two years when he was away playing in a Galatasaray and Shanghai shirt.

“So it looks like he just went for a short holiday and came back, so everything is normal. But yes, I think we need him. We need him as a player for our squad to be the way I like.

“So as a player and person, Didier is somebody we need to be strong.”

Drogba will be hoping to play his part next season and help the club challenge for the Premier League title. The Blues are currently 2.80 favourites to lift the trophy with Dafabet.