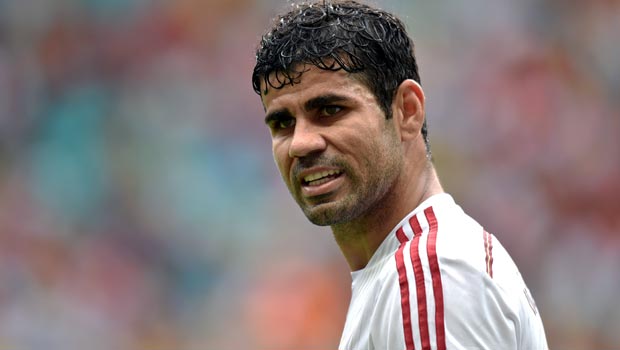 Jose Mourinho has hailed the capture of Diego Costa and says the striker is a “great addition” to his Chelsea ranks.

The 25-year-old was a revelation for Atletico Madrid last season as they won the La Liga title and also made it to the Champions League final where they lost out to Real Madrid.

The striker’s form convinced Chelsea to meet the £32million buy-out clause in his contract and Mourinho says he is already showing signs that he will be worth every penny.

Mourinho believes he has all the attributes to be a huge success for Chelsea and says the rest of the squad are surprised just how good he is.

“He’s a great addition for us. He is a fantastic player,” Mourinho said.

“Technically he is very, very good. That’s why, lots of the players, they are so happy and so surprised, because his quality is even higher than what they expect.

“He is so strong physically and he gives so much effort during matches.

“When somebody sees him play, the first thing that gets into their eyes is exactly that, the capacity to work hard for the team, and to be so powerful and so strong physically.

“To have Diego, (Fernando) Torres and (Didier) Drogba as our strike force is something that gives us different qualities. We are really strong in that position now.”

Mourinho has also added Filipe Luis and Cesc Fabregas to his ranks this summer and is delighted with all three additions.