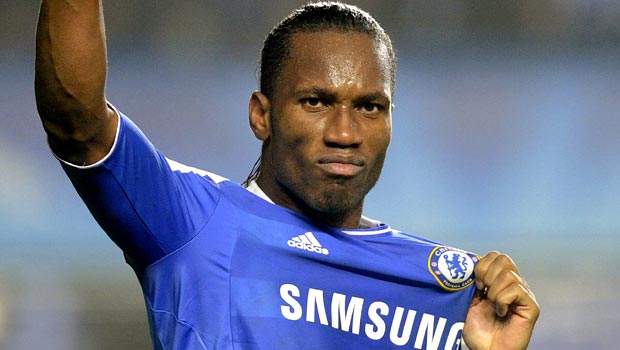 John Terry has warned Chelsea’s Premier League rivals that Didier Drogba is still good enough to help the Blues challenge for the title this season.

The Ivorian previously spent eight years at Stamford Bridge, with his final kick for the club winning them the Champions League as they defeated Bayern Munich on penalties in the 2012 final.

Since then he has spent time at both Chinese club Shanghai Shenua and Turkish outfit Galatasaray but recently returned to Chelsea on a free transfer, signing a one-year deal.

Boss Jose Mourinho regularly complained about his dearth of strikers throughout last term and with Diego Costa arriving at the club from Atletico Madrid, Drogba looks set to play a supporting role alongside Fernando Torres from the bench.

The 36-year-old’s competitive nature means he will not simply accept being a replacement and his history with Chelsea, who are the 2.85 favourites to win the Premier League, suggests that he will be needed to score a vital goal at some point next season.

His skipper Terry, who was also a key part of the side that previously won the title twice under Mourinho, admits the forward is just as good as ever and his enthusiasm for the game is rubbing off on the younger players in the squad.

“Didier’s still the same,” he told Chelsea TV. “He’s been a nightmare to play against in training. He’s still physically strong, sharp and hungry as well.”

“It’s important Didier is here because he brings that mentality of wanting to win every day and that rubs off on people like Kurt Zouma and the other young players he’s playing against.”