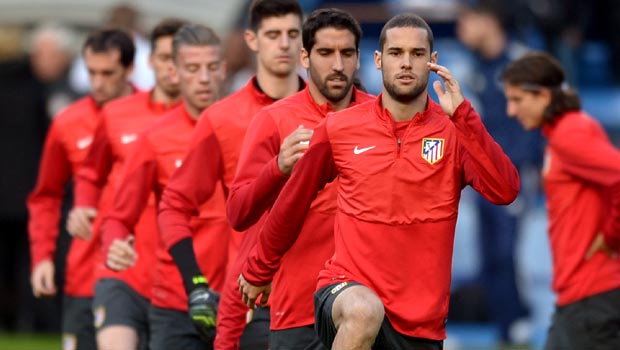 Atletico Madrid midfielder Mario Suarez is confident that his side will rediscover their goalscoring form despite their dismal record in pre-season.

After winning the La Liga title and reaching the Champions League final last term, Los Colchoneros have lost both Diego Costa and David Villa this summer with boss Diego Simeone having to rebuild his forward line.

Mario Mandzukic has arrived from Bayern Munich, while Simeone has also signed Antonie Griezmann from Real Sociedad and the Argentine boss is expected to further strengthen his squad ahead of their first game of the season away at local rivals Rayo Vallecano on August 25.

Despite his fine record in Germany, Mandzukic is still to find the net while Griezmann is currently working on his fitness meaning that in recent outings Atletico have looked extremely blunt – scoring just once in their four pre-season games.

With both Real Madrid and Barcelona heavily strengthening this summer, Atletico are the outsiders to defend their title, currently priced as the third favourite at 14.00 behind favourites Real at 1.85 and Barca on 2.10.

Atletico drew 0-0 in a friendly with Galatasaray on Wednesday and, despite their obvious problems, Suarez insists it is only a matter of time before his team-mates start finding the net on a regular basis.

“I am not concerned. It is a matter of time. We dominated and had had more opportunities to score,” he told a press conference.

“We still have games and players up front who are yet to return. We missed [Antoine] Griezmann and it was only the second game for [Mario] Mandzukic.

“We are working hard and the team is creating chances, which is the important thing.”