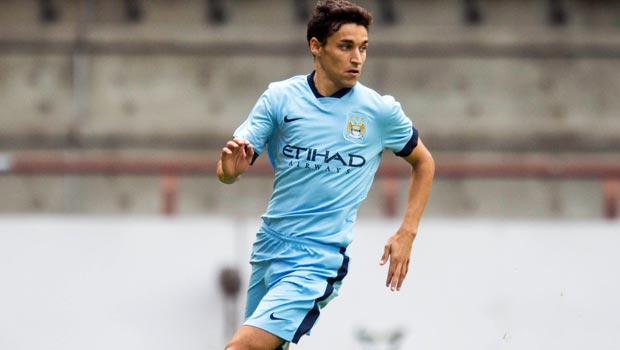 Manchester City winger Jesus Navas says the Champions League is “the target” this year with the team growing hungrier for success.

City lifted the Premier League trophy last season for the second time in three years but were eliminated from the Champions League in the last 16.

Manuel Pellegrini’s side progressed from the group stage of the competition for the first time in their history but could not beat Barcelona to reach the quarter-finals, losing 4-1 on aggregate.

But Navas, who joined the Citizens from Sevilla last summer, believes poor showings from Spain and England at the World Cup will drive him and his team-mates forward in the coming season, with their eyes on the biggest prize in European football.

“Going forward, I will keep on fighting and playing the way I do. With Spain and England not doing well at the World Cup I think there will be more hunger for us to win things this season. The quality is there and that will show,” Navas told the Manchester Evening News.

“We have got enough talent in the team to win the Premier League again hopefully and fight for both trophies.

“We went past the group stage of the Champions League last season so the aim is to go as far as we possibly can.

Manchester City have already begun reinforcing their squad this summer having signed Bacary Sagna from Arsenal, Brazilian midfielder Fernando from Porto and goalkeeper Willy Cavallero from Malaga. They are also believed to be closing in on signing Porto defender Eliaquim Mangala for £32million.