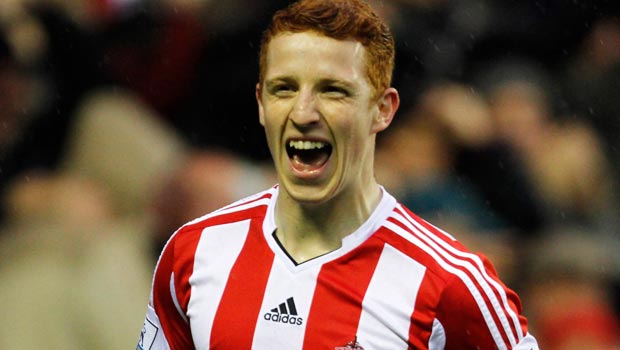 Jack Colback is hoping that Sunderland fans can understand his decision to join deadly local rivals Newcastle on a free transfer after snubbing the offer of a new contract at the Stadium of Light.

The Tyneside-born 24-year-old midfielder was brought up a Newcastle fan as a boy but joined the Sunderland Academy as a 10-year-old and worked his way through the ranks on Wearside.

Despite his affinity to the Magpies, Colback became a fans’ favourite with Black Cats supporters and even got on the scoresheet in their second successive 3-0 win at St James’ Park in February.

However, with the end of his contract looming at Sunderland, Colback opted to snub boss Gus Poyet’s attempts to keep him at the club and will now make the short 10-mile journey to his hometown side on a long-term deal.

Aston Villa and West Ham were both interested in signing Colback but the player insisted that there was only one place he wanted to go when he heard that Newcastle were in the running.

Colback will no doubt face the wrath of his former fans when the two sides meet in next season’s Tyne-Wear derbies, but he hopes they can understand his reasons for making the move.

He said: “I’m absolutely delighted. To come to the team I supported as a boy, my hometown team, will be really special for me.

“It was an opportunity I couldn’t let slip. If you asked fans around the world the one thing they’d like to do before they die, it would be to play for the team they support and I’ve got the chance to do that.

“I’ve only got good things to say about Sunderland. They gave me my chance and I want to thank the fans and the club for all their support.

“I hope they can understand the chance I’ve had here to move to my boyhood club. Now I can’t wait to pull on the black and white shirt at St James’ Park for the first time.”

Newcastle boss Alan Pardew was also delighted to finally get Colback on board for next season, and added: “I’m extremely pleased to have brought Jack to Newcastle United. He’s a great passer, versatile and rarely gives the ball away.

“He’s also a local lad and knows exactly what playing for this club means, and at 24 years old, his best years are ahead of him, so I think he’ll be a big asset to us.”