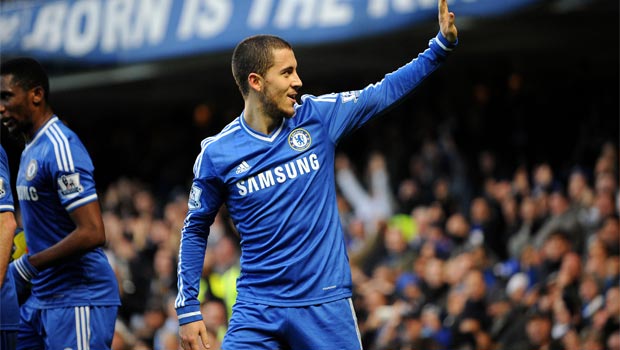 Eden Hazard believes Chelsea’s status as Champions League underdogs will suit them when they go in search of a third European trophy in as many seasons when the round of 16 gets underway next month.

After years of near misses, the Blues upset the odds to win Europe’s biggest club trophy in 2012 by beating Bayern Munich in the final and despite being knocked out in the group stages last term, they went on to claim the Europa League title.

The West Londoners have struggled somewhat since the return of Jose Mourinho to Stamford Bridge in the summer and lost to Basel in their opening group game of this year’s tournament.

However, they eventually got their act together, qualifying first in their group and will now face Galatasaray in the last 16.

Although the man who scored the winning penalty against Munich, Didier Drogba, currently plays for the Turkish giants, it is a tie they will go into expecting to qualify.

Despite their progress, Chelsea’s young squad are still seen as massive underdogs in Europe and Hazard believes they can use this status to surprise a few people by going the whole way.

“We’re already a strong team, but I think we still need two years to win the trophy. With some reinforcements, that must be possible.

“In the European Super Cup final we played a draw against Bayern Munich, the strongest team in the world. So everything is possible.

“But first things first, we’ve got to beat Galatasaray with Didier Drogba, an icon at Chelsea.”