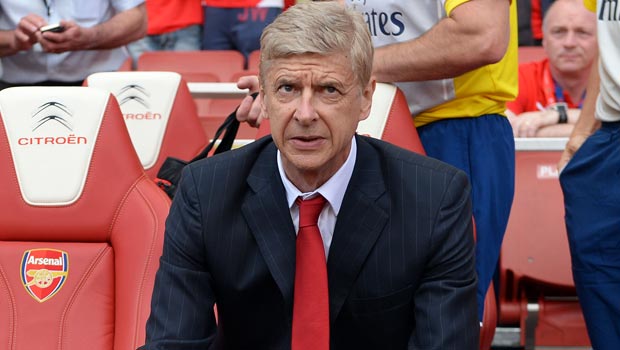 The Gunners ended their nine-year trophy drought in May by beating Hull City in a thrilling FA Cup final at Wembley.

Arsenal had looked to be serious title contenders for a large part of last season, and were top of the table for 128 days only to lose their way in the New Year and ultimately ending up finishing in fourth.

But after a promising summer transfer window so far, with the north London club flexing their financial muscles, Wenger says his side will go into the 2014/15 campaign stronger and with more belief.

“It was exciting, to manage to keep the club at the top level with less resources. Did we do well or not? The only thing I can say is we were consistent at the level. But we lacked the quality to really win it. Now we have that,” he said.

“Even last season we were very close to the Premier League, just seven points behind Manchester City. Our belief has grown.

“I expect a lot but I can talk and talk – at the end it’s the performance on the pitch that will show how much chance we have to win the Premier League.

“We have more confidence than at the beginning of last season. Our opponents have also strengthened. It’s everybody’s ambition to win the league – but only one will win it.”

Arsenal have made four signings this summer, bringing in Alexis Sanchez, Mathieu Debuchy, David Ospina and Calum Chambers for a combined £56.2million.

They continue to be linked with a move for Real Madrid midfielder Sami Khedira and his team-mate Alvaro Arbeloa, while former captain Thomas Vermaelen is close to securing a £12million switch to Premier League rivals Manchester United.

Arsenal are chasing their first Premier League title in 11 years and are priced at 6.50 to lift the trophy next season.