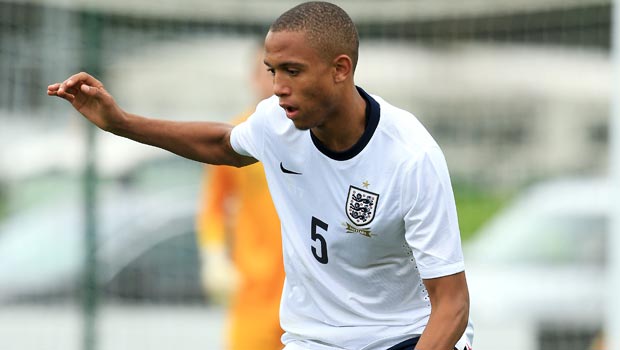 Everton have completed the signing of MK Dons’ teenage defender Brendan Galloway, who has been described as the ‘next Rio Ferdinand’.

The Toffees announced the capture of 18-year-old Galloway on Saturday morning for an undisclosed fee on a five-year deal.

He will join up with their Under-21 side for the new season but has already set his sights on a bright future at Goodison Park.

“It means an awful lot to me coming to such a great club,” Galloway said.

“I’m now looking forward to learning off some of the more senior players – the likes of Sylvain Distin and Phil Jagielka. I’ve been watching them for years now and they’re great professionals, great players – players who have been there and done it. That’s a big thing for me to be able to learn off guys like that.

“Short-term, I just want to work hard to better myself as a footballer here, which I know I will with the coaches and other staff here.

Long-term, I also want to get in the Everton team and play week in and week out in the Premier League and play in a team that’s doing
well, which I know we will do.”

Galloway was born in Zimbabwe but has represented England at youth level.

The 6ft 2in centre-back has been likened to former England centre-back Ferdinand due to his lean stature, comfort in possession and ability to play the ball out from defence.

He became the youngest player to play for MK Dons in the club’s history, aged just 15 when he came on as a second-half substitute in a
6-0 FA Cup victory over Nantwich Town in November 2011.

MK Dons boss Karl Robinson has tipped the youngster for a bright future.

“I do believe Brendan can be as good as he wants to be and I wish him all the luck in the world,” he said.

“He’s going to a fantastic football club in Everton that will only aid his development.”