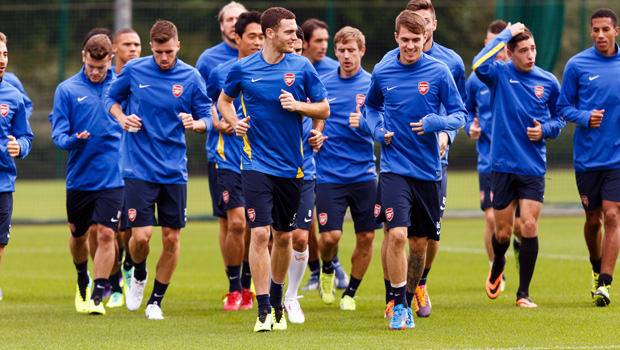 Arsenal welcome an unbeaten Napoli to the Emirates on Tuesday as they bid to progress in the Champions League.

The Group F encounter pitches together two sides that have started their respective league campaigns in fine style, with the Gunners having won five on the bounce since an opening day defeat to Aston Villa, while their Italian opponents have gone six games unbeaten in Serie A, and can boast a 100 per cent record on the road.

The two sides drew 2-2 in a pre-season tournament, and Arsenal boss Arsene Wenger knows this will probably be their hardest game of the season so far, especially as Napoli boss Rafa Benitez will have plenty of knowledge of the London side from his days at Liverpool and Chelsea.

Wenger has singled out midfielder Lorenzo Insigne as the opponent to nullify.

“He is mobile, he is not tall but quick and very good in the transition from defence to attack,” Wenger said.

“He is a good dribbler as well and is an intelligent mover. That makes him an interesting prospect.

“The transition from our side from offence to defence will have to be very quick.”

Wenger has to do without Theo Walcott who has undergone surgery on an abdominal injury, while Abou Diaby, Lukas Podolski and Alex Oxlade-Chamberlain are also still missing, but Aaron Ramsey has bagged eight goals in his last nine games and along with Mesut Ozil will give the Napoli defence plenty to think about.

Benitez has a strong squad, and could afford to rest a few big names in the 2-0 win over Genoa at the weekend.

“I am consistent rather than courageous. I have experience and have been in Europe many times, so I know squad rotation is necessary to make everyone in the side stronger,” he said.