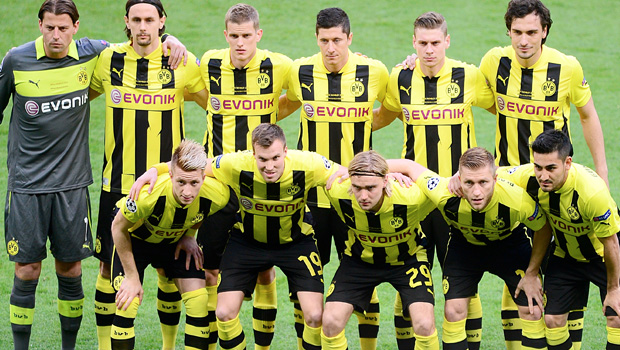 Champions League finalists Borussia Dortmund bid to get back on track in Group F on Tuesday by gaining revenge over Marseille for a double defeat in 2011.

Dortmund continued their hot run of Bundesliga form with a 5-0 thumping of Freiburg at the weekend, a result that saw them stay top on goal difference over Bayern Munich.

Now they turn their attention to atoning for falling at the final hurdle in last season’s Champions League, and in doing so must get back to winning ways after losing 2-1 to Napoli.

Coach Jurgen Klopp said: “Tuesday will be a challenge but we have a home game in front of a sold-out crowd.

“We do not feel much under pressure because we have analysed the Napoli game extensively and drawn the necessarily conclusions.”

Dortmund drew 1-1 at Nuremberg last week and needed extra-time to see off 1860 Munich in the German Cup. However, the Freiburg win saw them back to their best, with Marco Reus scoring twice.

“A week ago, after the Nuremberg draw, there was a lot of talk that we were lacking our usual dominance,” he said.

“The good thing in football is that when you have busy weeks and play every three days we could quickly prove them wrong.”

Coach Klopp will have to do without defender Marcel Schmelzer who will be out for three weeks with a thigh injury, but otherwise has a full squad to call upon.

Marseille go into the game on the back of a defeat to Arsenal in the Champions League and an average run of results in Ligue 1.

Midfielder Mathieu Valbuena knows they have to be more positive when taking on the top sides.

“They will seek revenge not only because they lost at Napoli but also because of their defeat two years ago.”

Striker Andre-Pierre Gignac is out with a foot problem and Baup will hope there are no more injuries ahead of the big Ligue 1 game with Paris Saint-Germain.