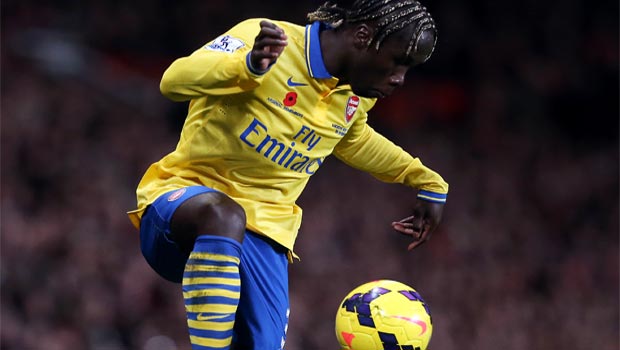 Premier League pacesetters Arsenal look forward to the visit of Hull with confidence, despite the absence of Bacary Sagna in defence.

While most fans at the Emirates are quite rightly eulogizing about Mesut Ozil, it should not be forgotten that Arsenal have conceded just
10 goals so far this term, including five clean sheets.

In fact, when Sagna, Mertesacker, Koscielny and Gibbs has been the named back four, they have never lost a Premier League game, and with goalkeeper Szczesny in outstanding form as well, they will be confident of extending a run that has seen them not concede a goal in the last 470 minutes in the Premier League. Unfortunately, Sagna has picked up a hamstring injury and misses Wednesday night’s game with Hull.

Aaron Ramsey is in the best form of his life at present, Ozil has been a bargain even at £42m, and Giroud has chipped in with his share of goals as well.

With Theo Walcott back and Lukas Podolski on the way to full fitness after being absent since August with a hamstring injury, the squad situation is looking much brighter as well, with big games this side of Christmas against Everton, Manchester City and Chelsea.

However, with four games in 10 days coming up, including the Champions League clash with Napoli, Wenger may decide to shuffle his pack on Wednesday.

With that in mind, Mathieu Flamini, who came off the bench to score against Cardiff, may be in line for a starting position, while Walcott also looks set to finally play from the whistle, having been used as a sub three times.