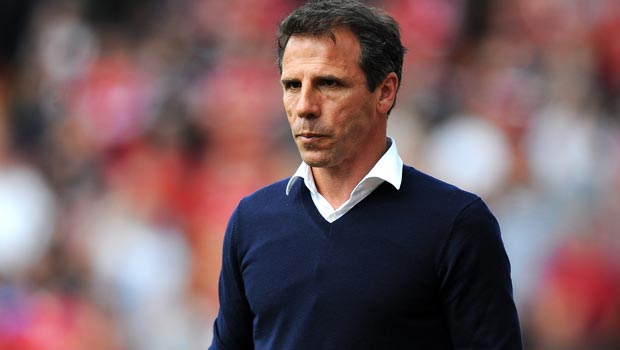 Gianfranco Zola has thrown his hat into the ring to become the next Norwich City manager describing the relegated Canaries “a very good club”.

The Italian has been out of work since quitting as Watford boss midway through this past season and he is now looking to secure a way back into the game.

And Zola, who also has experience of managing Premier League West Ham, has confirmed that he would relish the opportunity to become Chris Hughton’s permanent successor at Carrow Road.

“I like the way it’s structured, so we’ll see how it goes. I’m looking for a team, so hopefully it will come.

“It’s been a few months out, and now I’m ready to start again.”

Former Norwich captain Malky Mackay, Celtic boss Neil Lennon and Neil Adams, who could not prevent Norwich from being relegated to the Championship when he took over as interim coach following Hughton’s sacking in early April, are also thought to be strong contenders.

Norwich’s chief executive David McNally confirmed on Monday that they will look to announce a new manager this week after admitting the search has taken longer than expected.

He said: “We are pleased with the way the search is being managed, it will perhaps take a few days longer than indicated but that is days and I’m sure Norwich City fans are more concerned that we do the right thing rather than hit a deadline.”

Meanwhile Derby and QPR will scrap it out at Wembley in Saturday’s Championship play-off final for the right to replace Norwich in the Premier League next season. Derby are installed as 1.75 favourites to book their place in the top flight, while QPR can be backed at 2.20.