Luis Enrique ready to ring the changes at Barcelona 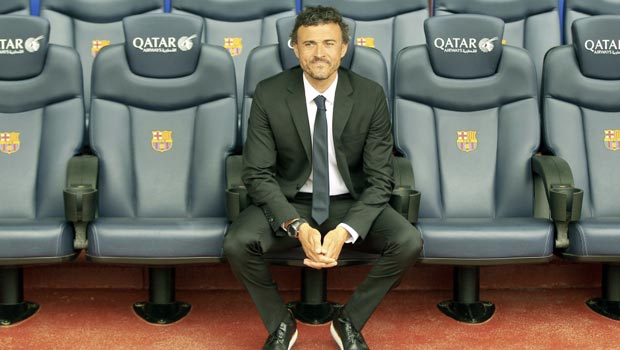 New Barcelona head coach Luis Enrique has hinted at making wholesale changes to the playing staff at the Camp Nou after their worst season in seven years.

The former Barca midfielder has been tasked with trying to fix the mess left by Gerardo Martino’s one-year reign as manager in which the club failed to collect any major silverware.

The Spanish giants have also had issues off the field and are facing a busy summer ahead of a potential 14-month transfer ban.

The Barca hierarchy have already completed the signing of German goalkeeper Marc Andre ter Stegen and more players are expected to follow, while there could also be several big-name departures.

Enrique was asked whether Cesc Fabregas, Alexis Sanchez and Pedro would still be at the Nou Camp next season but managed to sidestep the question.

“We are not getting into all the names now. We do not have to make decisions now, we have time,” said the former Roma boss. “Players need to know that at Barcelona things move on. We have to be as competitive as we possibly can and there could be changes in all parts of the team.”

As well as an influx of players from outside the club, Enrique says he will put his trust in some of the youngsters coming through Barcelona’s famed youth system.

Enrique spent eight years as a player with Barca and says he will select the players and a system which will carry on the traditional style of play fans at the Nou Camp have become accustomed to.

“I love to support young players but I demand that they show hunger and ambition. The door is open to all B players, and all the players in the youth teams,” said Enrique.

Enrique went on to say that he wanted to avoid comparisons to former Barca boss Pep Guardiola, who went from being a Barca player to overseeing the most successful period in the club’s history.

“Please don’t compare me with Pep [Guardiola] now,” he said. “I hope it happens in future because that will mean we are winning titles. Am I apprehensive about the Barca task? Not at all, this is one of the happiest days of my life.”

Barca fans will hope Enrique’s appointment marks a new beginning for the club but for now they can only watch on as two of their Spanish rivals battle it out for the Champions League.

Real Madrid are 1.49 to collect a 10th European Cup, while Atletico Madrid are 2.75 to add to the La Liga title they won last weekend at Barcelona.