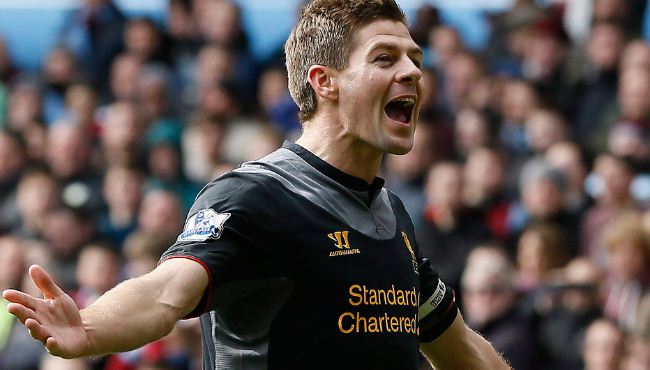 Liverpool captain Steven Gerrard has pledged his future to the club ahead of the new season by penning a new two-year deal at Anfield.

The Merseysiders will be looking to push for silverware and qualify for the Champions League in the new campaign and Gerrard will be there to lead them after penning the deal.

Reds boss Brendan Rodgers made securing the 33-year-old’s signature one of his top priorities of the summer and will be delighted it is done and dusted.

So will Gerrard, who is now free to concentrate on getting back to his best after undergoing an operation on his shoulder towards the end of last season.

“I think everyone knows what it means to me,” said Gerrard, who made his Reds debut in 1998.

“I’ve been here that long and so to extend, it’s a big day for me and I’m really happy for myself and my family.

“It lets me know the club thinks an awful lot of me and want me here.

“I’m glad it’s all done and it’s happened at the right time before the season, so I can just focus on playing as well as I can.”

Liverpool jet off on a pre-season tour to Australia and Asia on Monday safe in the knowledge that Gerrard will be staying for the next two seasons.

There is a chance that Gerrard could stay beyond that time with Liverpool managing director Ian Ayre confirming: “We’ve said what we’ll do in two years’ time is review it again and see how happy Steven is.

“We seem to always be happy with him, so hopefully we’ll just continue in that vein.”