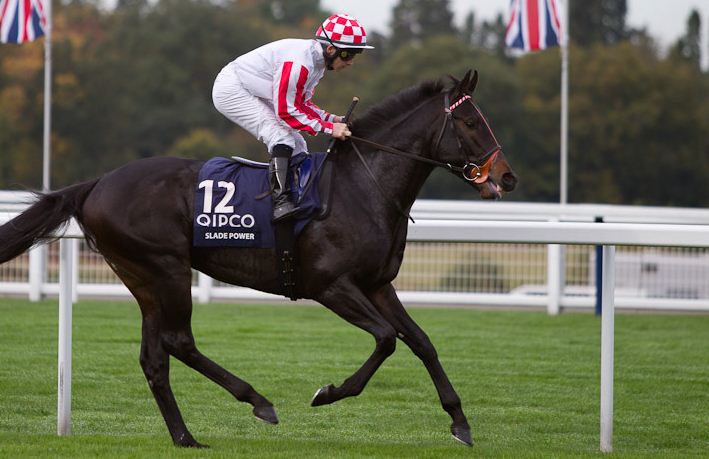 Trainer Eddie Lynam has earmarked the Betfred Sprint Cup at Haydock for Slade Power after he impressed in the Darley July Cup at Newmarket.

Slade Power, who finished seventh in the Diamond Jubilee Stakes at Royal Ascot last month, put in a career-best run to finish third on the July course and Lynam is now targeting further Group One races.

Slade Power is improving with every race and a trip to Haydock, where he has won before, on September 7, now looks a certainty, although there is the option to head to France.

“Haydock would definitely be in our thoughts,” Lynam said. “He has won there and that is probably his main target.

“Before that there is the Prix Maurice de Gheest at Deauville and he’s also in a race at the Curragh (Phoenix Sprint Stakes on August 11), so I would imagine he will run again before he goes to Haydock.”

Meanwhile, stable-mate Sole Power, who was the better fancied of the two going into the Darley Cup before finishing fifth, could now target the Coolmore Nunthorpe at York on August 23.

Saturday’s race was Sole Power’s first over six furlongs in nearly two years and Lynam will drop him back to five furlongs at York.

Sole Power won over five furlongs in the King’s Stand at Royal Ascot and the step up to the longer sprint distance proved to be too much.

“He was probably a bit unfortunate on the day, but he gave 110% as he always does and we’re very proud of him,” Lynam added.