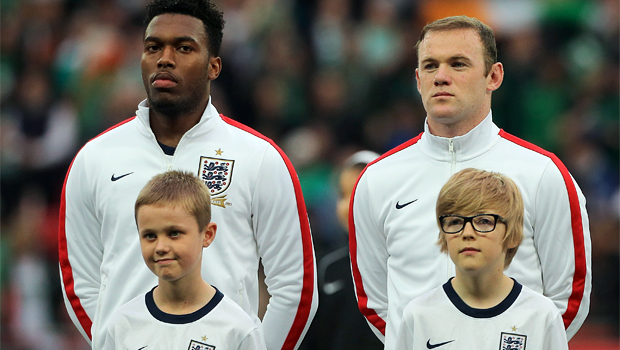 Steven Gerrard is confident that Wayne Rooney and Daniel Sturridge will be able to replicate their domestic form and help England reach next year’s World Cup finals.

The two strikers were unavailable for England’s last qualification game in Ukraine and the Three Lions drew a blank as the match ended goalless.

However, that point meant that two victories from their remaining two games against Montenegro on Friday and Poland on Tuesday, October 15, would guarantee Roy Hodgson’s men a passage to Brazil in 2014.

Four points might also be enough but the home side will not want to risk the possibility of a play-off and will be looking for maximum points from their final two fixtures.

England have been buoyed by the return to fitness of the two hit-men, with Rooney having netted five times this term for Manchester United and Sturridge scoring eight goals for Liverpool.

The pair have only spent 30 minutes on the pitch together for England to date, but skipper Gerrard sees no reason why they should not gel to form an exciting pairing up front.

“The potential in that partnership is frightening,” he enthused. “They are both very skilful, they can both create and they can both score. All the boxes are ticked.

“They just have to prove they can make it happen. That is the most difficult thing but I have belief in both of them.”

England sit at the top of the Group H standings, with 16 points from eight games played, while Ukraine and Montenegro have 15 and Poland 13, and any of the four could still qualify for the South American showpiece.