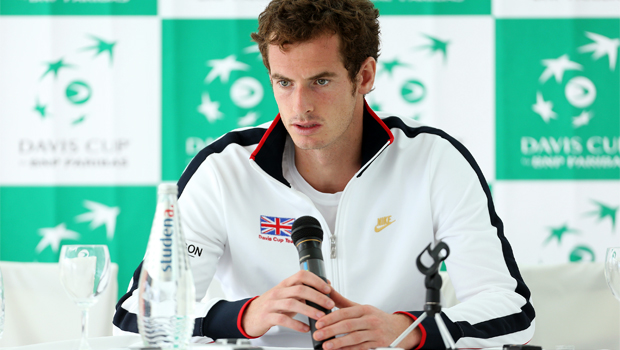 Andy Murray revealed that he will not take part in Barclays ATP World Tour Finals at London’s O2 Arena as he continues to recover from back surgery.

The 26-year-old recently went under the surgeon’s knife to cure a long-standing back problem that has hampered him all season.

The Scot was forced to miss the French Open due to the injury but returned to make history by winning Wimbledon, with a straight-sets demolition of Novak Djokovic in the final.

His US Open defence ended with a quarter-final defeat to Stanislas Wawrinka and it was obvious that the world number three was not fully fit.

He played for Great Britain as they beat Croatia in the Davis Cup but then decided to tackle the problem head on with an operation.

It always seemed likely that Murray would miss the season-ending tournament and the British number one admitted that it was frustrating to have to withdraw from one of his favourite events.

“I’m really disappointed not to be playing this year, I love playing in front of my home crowd, it’s a great atmosphere,” he said.

“All the players look forward to competing in London and I’ll be doing my best to qualify again for the tournament next year.”

Rafael Nadal, Novak Djokovic and David Ferrer have all qualified for the eight-man tournament with five places still up for grabs.

Argentina’s Juan Martin del Potro, Tomas Berdych of the Czech Republic, Swiss duo Roger Federer and Wawrinka and France’s Richard Gasquet are the players who currently occupy the remaining qualifying spots, with just a few weeks of the season left to nail down a place.