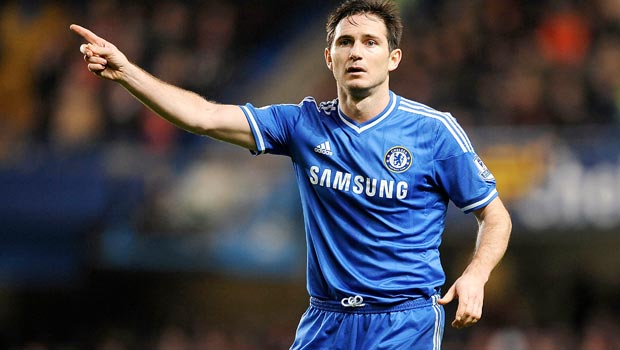 Lampard recently signed for New York City following his release from Chelsea at the end of last season.

The 36-year-old penned a two-year contract with the Major League Soccer franchise but their season does not begin until March 2015.

He is now closing in on a return to the Premier League with Manchester City, who jointly own New York City FC with the New York Yankees.

Reports say Lampard will join City on a loan deal until mid-January in order to build up his fitness before pre-season training with New York at the start of next year.

The England midfielder will be included in Manuel Pellegrini’s squad for the Premier League and Champions League campaigns.

He is expected to close the deal in the coming days and could join his new team-mates at their Carrington training ground when they return from the United States on Tuesday.

It is understood Lampard, who spent 13 years at Chelsea making over
400 top-flight appearances, has asked not to play against his old club when they meet at the Etihad Stadium on September 21.

He is also believed to have been given assurances he will not be made a bit-part player in Manchester, having turned down opportunities at Queens Park Rangers and in Australia.

Lampard joins City on the back of their second Premier League title in three years, with his old Chelsea team finishing third.