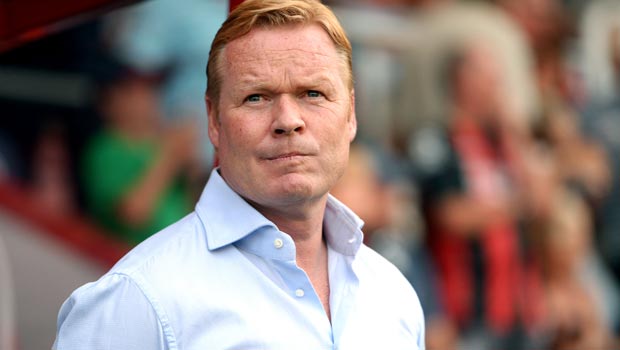 Ronald Koeman says Southampton are close to signing three new players and has also ruled out the possibility of Morgan Schneiderlin leaving.

It has been a tough few weeks for all concerned at St Mary’s as a number of the club’s star players have moved on for big money.

They have yet to be replaced and unless that happens quickly many fans fear a battle against relegation could be on the cards.

Saints are priced at 6.50 to be relegated to the Championship, but Koeman insists new players are on the way following the capture of Ryan Bertrand from Chelsea on a season-long loan deal this week.

Celtic goalkeeper Fraser Forster is a target and although there is still work to be done to land him, Koeman says up to three players could sign over the weekend.

“There is no news on that and still no news on other players,” he said. “We are close to signing two or three players and we hope to do that by this weekend.

“I won’t talk about any of the players but we are looking to bring in players into this squad at the level that we need to have a good season.”

As for Schneiderlin, Koeman says he is staying put despite handing in two transfer requests.

“But I don’t like to talk about that situation. I spoke to Morgan two days ago and he is still not in the shape to play a friendly at this level. He needs more training sessions. If he’s ready he will play.

“Normally he will play next week against Bayer Leverkusen [Southampton’s final pre-season friendly].”