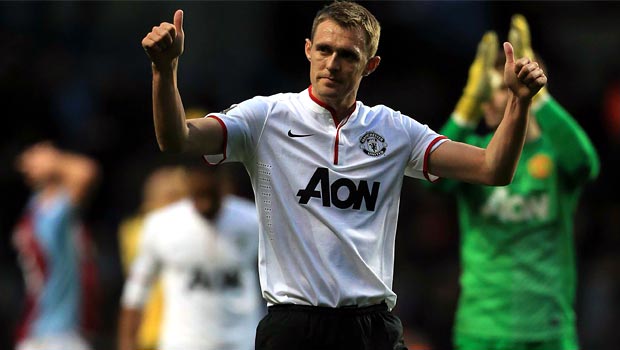 Darren Fletcher is adamant that there is no unrest under manager David Moyes at Manchester United and he claims the players are “trying to support the new manager”.

The Scotland international midfielder, who has recently returned to the first-team fold having spent another large chunk of time on the sidelines because of his ongoing battle with ulcerative colitis, has spoken out to dispel the rumours of mutiny in the Old Trafford dressing room.

United have been a model of inconsistency in Moyes’ first season as Sir Alex Ferguson’s successor and they are currently embroiled in a poor run of form having lost their last three games in all competitions.

The Red Devils sit 11 points adrift of Premier League leaders Arsenal and crashed out of the FA Cup at the hands of Saturday’s league opponents Swansea on home soil last Sunday.

But Fletcher insists, rather than working against Moyes, the players are working as hard as they can to adapt to the Scots’ new methods and style having spent so long under Ferguson’s leadership.

He said: “When you’ve been used to something so long and something comes in to change it, it does take time – it’s not going to happen overnight. This is a time for character more than anything to do with tactics or style. At times like this it is down to character.

“I’m a great believer that, yes, tactics, formations and certain players can make big differences but I think players’ attitudes, determination and character can count for more than that at times like this.

“We feel we have that character but it’s easy talking about it. We have to go out there and do it. The players are determined to do it, I know that for a fact. I’ve seen it in the dressing room. I see how much they are hurting.”

United’s first task is to exact revenge on the Swans for last weekend’s 2-1 FA Cup defeat when the Welsh outfit arrive at Old Trafford for Saturday’s early evening clash.
“It is a must-win game without a shadow of a doubt,” added Fletcher. “It is a very unusual situation to have lost three games on the run.”

United have not lost to Swansea in the league since 1982 and have not lost to them in five previous Premier League outings. But they need to improve on their home form having lost four of their last six games in front of their own fans.

The Red Devils remain strong favourites at 1.57 to take all three points on Saturday and there are will be a school of thought that United’s home form, winning just four of 10 at Old Trafford this season, will at some stage get better.

However, the Swans may be worth siding with as they should arrive in confident mood following last weekend’s win and Ashley Williams is expected to return to the starting XI against a side shorn of both Wayne Rooney and Robin van Persie.

Michael Laudrup does have his own injury problems to contend with but they have proven their resilience and could surprise Moyes’ men again by taking something from the game with Swansea or Draw on offer at 2.40 in the Double Chance market.