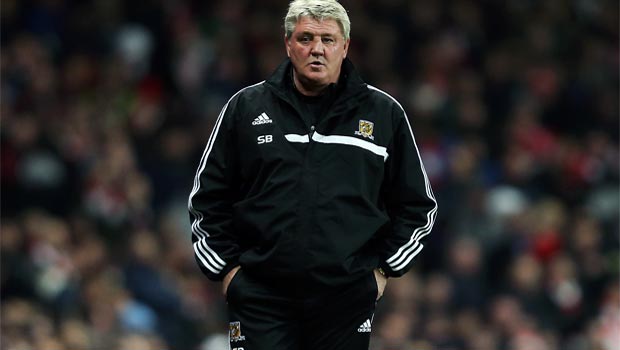 Hull boss Steve Bruce says his side have to stop conceding early goals if they are to have a chance of getting a result at Swansea on Monday night.

The Tigers have impressed at the KC Stadium since winning promotion to the Premier League but their form away from home has been poor when losing six of the seven games they have played so far.

Those defeats have been against teams in the top eight but Bruce is still calling for an improvement as he looks nervously over his shoulder at the relegation zone.

Hull sit four points above it, but wins for the likes of Stoke, Crystal Palace and Norwich over the weekend have tightened things up in the bottom half of the table and Bruce’s men could do with a positive result against the Swans.

It will not be easy against a Swansea side that crushed Newcastle 3-0 at the Liberty Stadium last week and Hull have to break a losing sequence of four straight defeats on the road.

On five occasions this season Hull have conceded goals in the opening 15 minutes away from home, and Bruce says that has to change.

“It’s becoming a horrible habit for us away from home and it’s costing us,” Bruce said.

“If you concede early away from home in this league it’s an awfully long way back.

“We’ve got to stop those early goals to give ourselves a chance. Our concentration has to be better from the word go.

“There’s only once we’ve been able to overcome it this season, up at Newcastle, but statistics tell you that whoever scores the first goal you’ll win 80 per cent of your games.

“We did that very well last year and have done it at home this season, but we need to make sure we’re switched on to Swansea’s threat from the first whistle.”