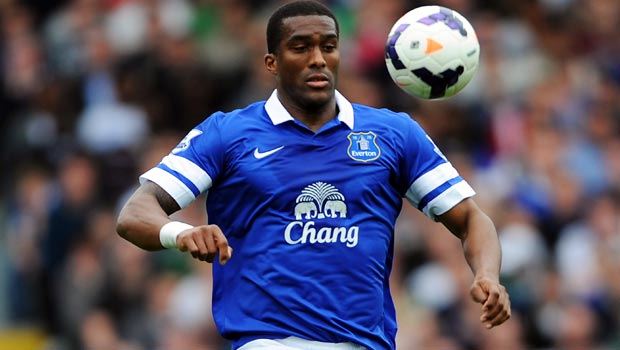 With age comes wisdom and Everton’s evergreen defender Sylvain Distin – the fourth oldest player still serving in the Premier League – has been around the block long enough to know not to take any opponent lightly.

Speaking ahead of the in-form Toffees’ clash against rock-bottom Sunderland, the Frenchman says his team is expecting a tough match despite 15 places and 38 points separating the sides.

“The Premier League is a really tough league and each week you see a result no one expected, so as a player you can’t allow yourself to be overconfident,” he said.

“It’s going to be a tough game no matter what the opponent’s position or who you play.

“We’re going to go there confident, but not overly so.”

Champions League qualification is now in Everton’s hands, with last weekend’s 3-0 defeat of Arsenal putting them one point behind the fourth-placed Gunners with a game in hand.

That win extended Everton’s winning streak to six matches and raised expectations inside and out of the club.

Distin refuses to look too far ahead and is putting all of his focus on the visit of the Black Cats.

He added: “Because we won against Arsenal, people believe it’s nearly done, but it’s far away from being done. We’ve got a tough team to play and it won’t be easy.

“It’s one step closer, but still a long way. I’m going to take it game after game and see where we are at the end.

“If anyone expects an easy game [on Saturday], they’ll be wrong. We’ll have to remain focused and positive to make sure we get three points.”