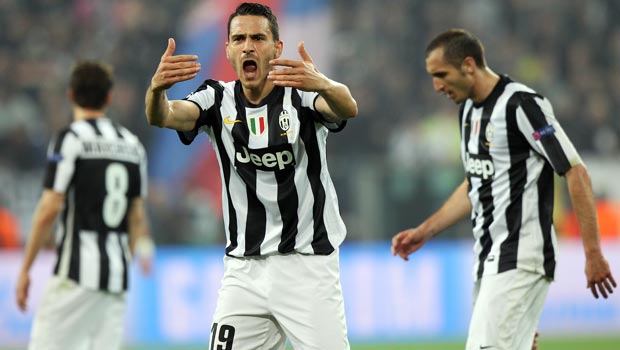 Juventus coach Antonio Conte insists the job of reaching the last four of the Europa Cup is only half done ahead of the second leg of the quarter-final tie against Lyon tonight.

Juve hold a slender one-goal lead from the first leg in France yet are overwhelming 1.29 favourites to win again and secure their place in the semi-final draw.

He said: “This tie is far from over. Lyon have great players in attack.

“I hope to see a packed Juventus Stadium and that our fans make their voices heard to push the team forward.

“We need the crowd to rise to the big occasion. We want to be in the semi-final.

“It would be great to reach the last four, for Italian football as well as for Juve.”

Juve, who lead the Serie A standings with an eight-point advantage over Roma, have been dominant at home this campaign.

They have won all 16 of their league matches in Turin, including Monday’s 2-0 triumph over Livorno, and have scored an impressive 42 goals with only nine conceded.

Injury-hit Lyon are fifth in Ligue One and have lost four of their last six matches, although they did rediscover the winning habit last time out in beating Valenciennes 2-1 on Sunday.

Given the magnitude of the task awaiting them, Lyon are now 41.0 to win the tournament outright.

Lyon midfielder Maxime Gonalons believes “anything is possible” – even with the match odds (9.89) stacked against them.

“We have to believe we can do it,” he said. “But it will be very tough. We need to score and then see what happens afterwards.”