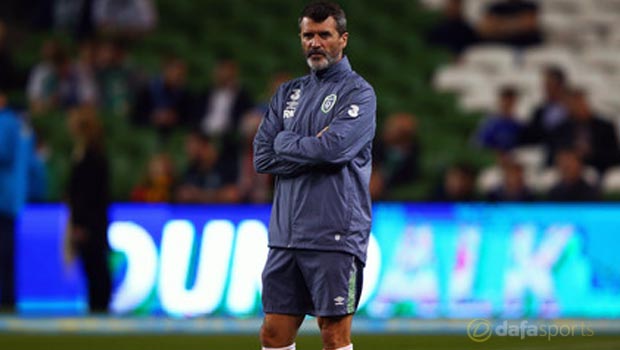 Everton midfielder James McCarthy claims that he has been learning lessons from Republic of Ireland assistant manager Roy Keane.

The 24-year-old was named man-of-the-match as Ireland beat Germany in the Euro qualifiers but could not follow that up with further glory as they fell to a 2-1 defeat in Poland before Everton went down to Keane’s former club Manchester United at Goodison Park on Saturday.

Both McCarthy and Keane could be regarded as fiery midfielders who enjoy tackles and breaking up play, with the Everton star admitting his admiration for a man he hails as a “legend”.

The former Hamilton and Wigan man, who already has more than 30 international caps to his name, admits he has been getting tips from Keane and he feels the benefits of working with Martin O’Neill’s assistant.

“He was a massive player for Man United and Ireland,” McCarthy told the Daily Star.

“He will pick out things from the videos, showing us all clips – not just me but other midfielders – and it’s brilliant to learn from.

“He’s always been an idol so it’s brilliant to work alongside him as assistant manager. He is trying to help us along the way.

“He shows me just a few things, maybe basic errors to be honest, it’s always good to know that from an experienced man and a legend.

“Whoever tells me, if they’re looking out for me and making sure I do things right then I always listen.”

Everton are ninth in the Premier League after that loss to United at Goodison, and their next match sees them visit Arsenal next weekend.

The Gunners, in second place in the table, are the 1.40 favourites to win, while Everton are available at 7.50 and the draw is priced at 4.50.