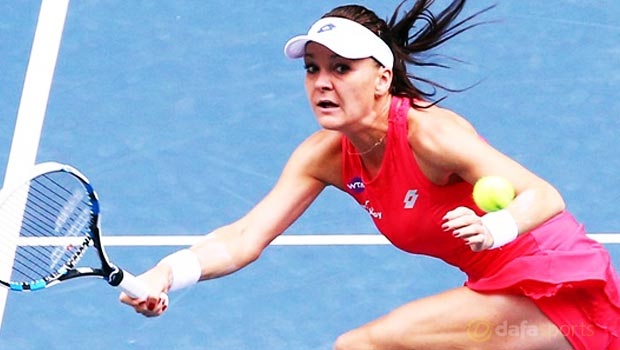 Agnieszka Radwanska has secured her place in the season-ending WTA Finals in Singapore thanks to victory in the Tianjin Open.

The 26-year-old scooped a 16th WTA title of her career in some style as she defeated Danka Kovinic 6-1 6-2 in under an hour. It was an imperious performance from Radwanska to end a week in which she did not drop a set and played fantastic tennis to secure a second title of the year.

Radwanska said: “Coming to Asia I didn’t really think I had any chance to go to Singapore, and it’s actually been a very good couple of weeks for me.

“Winning Tokyo gave me some chances to go there, and then every match started to matter after that. And I knew if I won here, I would make it there.

“But the pressure didn’t feel too big. I could really play my best tennis in Tianjin this week.”

She is looking forward to the season-ending competition in Singapore and is aiming to do well among the elite field that will assemble.

“I’m excited to play in Singapore this year,” Radwanska said. “I have good memories from last year – the fans are amazing, so I can’t wait to get out there and compete against the best players in the world.”

Radwanska is 7.00 to win the Australia Open next year, with Serena Williams the favourite at 3.10.