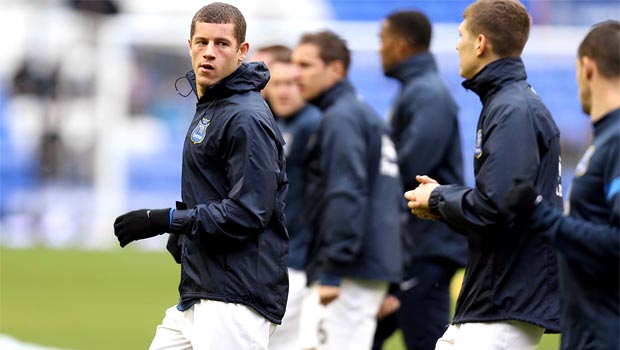 Everton manager Roberto Martinez is hoping Ross Barkley will benefit from a brief spell on the sidelines and end the season strongly after being rushed back from injury.

The 20-year-old has been one of the success stories of the season at Goodison Park having been given an extended run in the first team by Martinez.

Barkley has shown up well in his first full campaign in the Premier League and as such is in line for a call-up to the England squad for this summer’s World Cup.

The midfielder’s place on the plane to Brazil has come under scrutiny recently though after a dip in form off the back of a three-week lay-off in January with a broken toe.

Barkley was rushed back for the Merseyside derby with Liverpool but has struggled ever since, managing just 26 minutes of last week’s 1-0 defeat to Tottenham.

Martinez has now indicated he will give Barkley some time to recover fully from his injury and it looks as though the homegrown talent will sit out Sunday’s FA Cup fifth-round encounter with Swansea.

The Everton boss says Barkley doesn’t want to miss any game-time but feels it will be the best thing for him in the long run.

He said: “I don’t mind Ross having a little bit of a breather now so he can finish strong.

“Even when he’s feeling pain and he’s not 100% he still wants to be on the pitch giving everything.

That doesn’t go with the modern times – that approach is rare.

“I don’t want Ross to lose that. He’s got an incredible temperament and I love the way he approaches the game.

“We’re all proud of him and that attitude is probably the difference between him being a top talent and the world-class talent he’ll become over the years.”

While Barkley looks set to miss out this weekend, Martinez could hand a first start to January signing Lacina Traore, who has been working on his fitness in recent weeks.

Traore might not be the only change Martinez makes to his team for Sunday’s game but the former Wigan boss insists he will pay full respect to the FA Cup no matter what side he sends out.

“Success means you get as far in a cup tournament and finish with the maximum number of points and achieving those points in the best possible way,” he added.

“As you are progressing in the previous rounds, it builds an important momentum and expands the squad. The youngsters get an opportunity to show what they can do. It makes you stronger.”