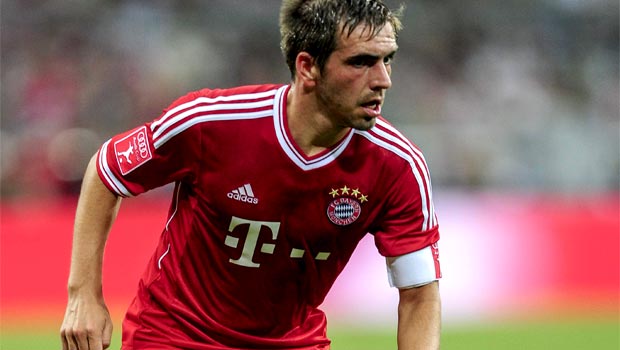 Bayern Munich captain Philipp Lahm believes Arsenal have improved as a team since their Champions League encounters last season and is worried the Gunners could ruin his “happy memories” of London next week.

The Bavarians played Arsenal off the park in the first leg of their last-16 encounter last year, securing a comfortable 3-1 win at the Emirates Stadium.

The ease with which they beat the Gunners first time around appeared to result in the German’s taking their eye off the ball for the second encounter, Arsenal coming within a whisker of overturning the first-leg deficit as they went out on away goals following a 2-0 win.

Lahm claims the second leg defeat at the Allianz Arena was a clear warning to the team how dangerous Arsenal can be on their day and hopes it will serve them well when they renew hostilities next week.

The 30-year-old defender believes the north London club’s manager Arsene Wenger has significantly improved the team since their last meeting, with the addition of compatriot Mesut Ozil the biggest difference from 12 months ago.

Lahm claims the fact Arsenal are challenging for the Premier League title shows they have made big strides forward and is preparing for a tough last-16 tie.

“They’re fighting for the championship, that’s not a coincidence: I believe they have developed as a team. They’ve become much stronger, the squad is more balanced,” he told the Guardian.

“And they still play the way Arsenal always play. They want to have the ball, they like playing it short, and they have outstanding individuals.”

Given Bayern Munich are unbeaten in their last 34 matches in all competitions they will likely start as favourites to go through to the quarter-finals of the Champions League as they look to defend the title they won at Wembley last May.

The German champions are 3.40 to lift the European Cup again this season, with last-16 opponents Arsenal on offer at 31.00.