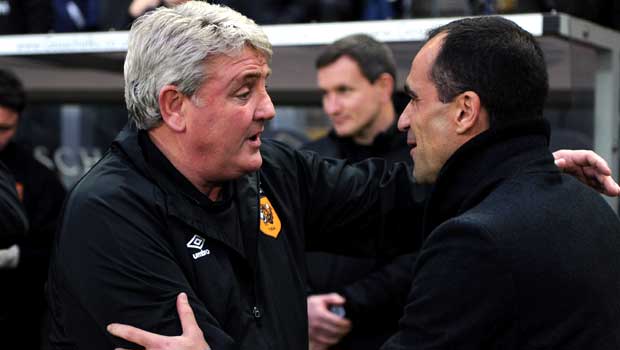 The Spanish coach guided the Goodison Park outfit to a fifth-place finish in the Premier League last term but Everton are currently 13th in the table and just four points clear of the relegation zone following a 2-0 defeat at Hull on New Year’s Day.

Jagielka has now moved to back Martinez and he doesn’t think the manager’s position should be questioned just yet, despite a run of seven defeats in their last nine games and four successive losses.

“We’re massively behind him, I don’t think it’s come to that point,” said the England international.

“You see pundits, newspapers or social media but things haven’t gone from hero to zero in the space of nine games.

“That’s not a good combination but we’ve got some good players and some good characters so we need to come to the party.

“At the end of the day we go out there to play and, if we don’t pick up results, the manager will take a bit of the blame but the players have to go out there and perform.

“We’ve got a lot to answer for and the only way we can make it up to the fans is by winning games.”

Everton host West Ham in the third round of the FA Cup on Tuesday and they are available at 1.98 to secure the win.