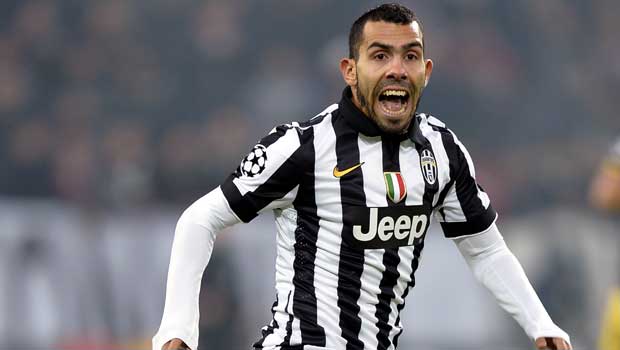 Carlos Tevez has made it clear that he will not be signing a new deal with Juventus when his current contract runs out at the end of next season.

The 30-year-old joined the Old Lady in 2013 after ending a tempestuous four-year spell with Manchester City.

The Argentina international had complained about feeling homesick on many occasions while at the Etihad Stadium and, after a controversial incident during a Champions League game with Bayern Munich, went AWOL for a few weeks mid-way through the 2011-2012 season.

However, he did return to play towards the end of that campaign as the Citizens went on to claim the Premier League title.

The South American played one more season with City before moving to Turin and he has enjoyed success in Serie A, with 19 league goals helping them win the Scudetto last season.

The former West Ham hit-man has bagged 10 in the league so far this campaign with Juve seemingly on track for another Italian top-flight title.

But he has made it clear that next season will be his last in the famous black and white stripes as he seeks a return to his homeland.

“My intention is to fulfil this contract, like I have already said and everybody has known this ever since I arrived at Juve,” he said. “I still have a year and a half to go and it’s difficult to walk away while I’m playing so well.

“I’ve said that I want to honour my contract right to the end, but I have no intention of extending it because that is not what I feel like doing at this moment.”

Juve are next in action against Inter on January 6 and can be backed at 1.48 to take the points, with the Nerazzurri on offer at 7.25 to pull off a shock result.