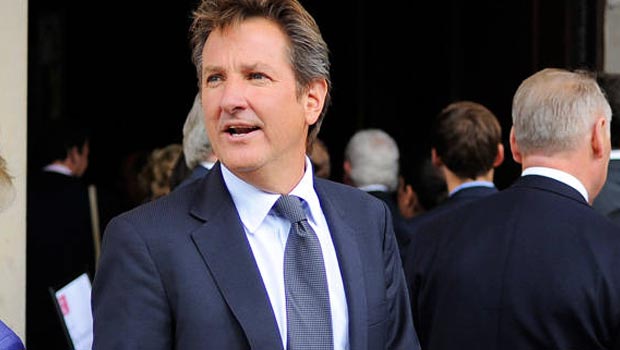 Former England captain Mark Nicholas has called for Moeen Ali to step up to the mark as a spinner this summer.

England are about to embark on a new era with the first game of Peter Moores’ second spell in charge against Scotland getting underway in Aberdeen tomorrow.

Warwickshire’s Ali is likely to provide the spin option in the one-day international, having made an encouraging start with ball in hand against the West Indies this winter.

The 26-year-old took three wickets in three matches, at an average of 13.66 and with an economy rate of just over four.

But Nicholas, now a TV presenter, still takes some convincing that England can overcome Graeme Swann’s absence through retirement.

Writing in his ESPN column, Nicholas opined: “Sadly, there is no spinner to catch the eye. A surprising number of county batsmen suggest reverting to Simon Kerrigan, whose debut at The Oval last summer was an excruciating embarrassment.

“There is a voice for Scott Borthwick but not as a sole purveyor, more of a Harlem Globetrotter option when the conditions are clearly in his favour. Moeen Ali is given a strong reference: tidy with ball, impressive with bat. Maybe he is the one then.

“English cricket will have to get over Graeme Swann. The luxury of a big-spinning, wicket-taking, slip-catching, run-making, main-chance-taking, match-winning and media-savvy frontline slow bowler has gone to the great microphone in the commentary box.

“Moeen, it is over to you. Keep it tight at one end while the big guns blaze away at the other. Make yourself famous Moeen, it is your time.”