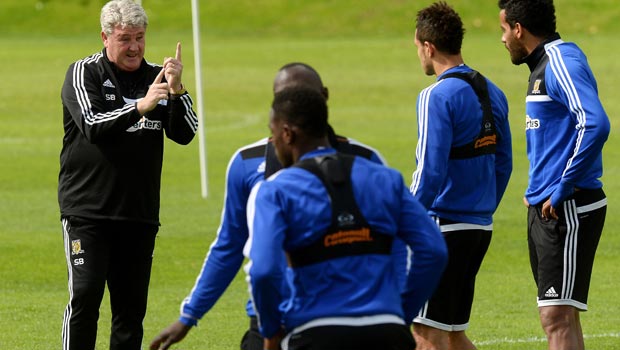 Hull City boss Steve Bruce has acknowledged that his squad needs up to six new players if they are going to be serious contenders in the Europa League next season.

The Tigers secured a place in European football next term courtesy of reaching the FA Cup final, which ended in disappointment as they threw away a two-goal lead to lose out 3-2 after extra-time against Arsenal in Saturday’s Wembley clash.

The Gunners had already earned a place in the Champions League thanks to a fourth-placed Premier League finish so it sees Hull handed the opportunity to sample football on the continent.

But they face summer qualification games before they can even contemplate being in the group stages of the Europa League.

And Bruce is not sure the current squad at the KC Stadium has the personnel to cope with the demands of playing regular Thursday night European fixtures on top of their Premier League and domestic cup commitments if they get through.

Therefore he is looking to be handed the funds to go out and bring in the players he feels can help fill the void.

“We have to look forward to European football and we will have to try to enjoy it, but whether we have got the resources and the manpower, I am not so sure,” he said.

“We certainly need another five or six players. We’ve got two, three or four who are out of contract, so we’ll now decide what we’re going to do and plan a way to come back again.”

“We have to improve, to get better, because you cannot stand still,” he added.

“I think we’ve got four (European) games by the end of August. And a club like ours, I don’t think we’re ready for that. But we’ll have to give it a shot when it comes around.

“That is always the challenge, can we get bigger and better?

“We are spending a lot on the academy and have to produce a few players, but that is one for the future I suppose.”