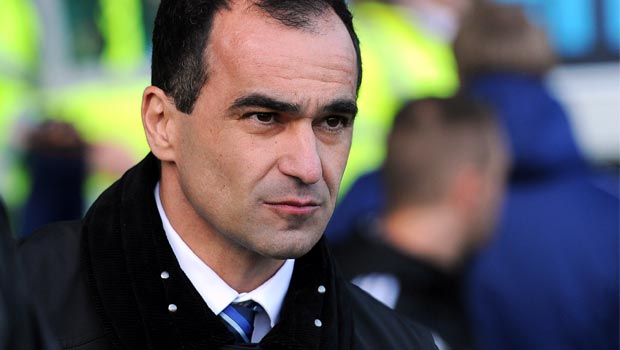 Everton boss Roberto Martinez admits he will need to significantly strengthen his squad if they manage to qualify for Europe.

Manchester City’s League Cup success means the team that finishes sixth in the Premier League will secure a place in next season’s Europa League, as long as City finish fifth or higher.

City are currently fourth in the standings but they have two games in hand over league leaders Chelsea, who are six points clear of Manuel Pellegrini’s side, and a top-four finish seems almost inevitable for the title chasers.

Everton are in sixth spot in the table, three points clear of seventh-placed Manchester United and five behind fifth-placed Spurs, meaning a European campaign next term is a very real possibility for Martinez.

However, the Spaniard feels his current squad is simply not big enough to cope with the rigours of both the Premier League and European competition so he will have to bring in a number of new faces in the summer if Everton do qualify for Europe for the first time since 2010.

“Europe is obviously an aim we need to fight for. To be able to compete in Europe would stretch us massively in terms of the squad,” he told the Liverpool Echo.

The former Wigan boss has targeted younger players in his first year in charge at Everton, but Martinez feels he will have to alter his transfer policy in order to prepare his side for an assault on Europe.

He added: “Europe has different demands and that has to be reflected in the numbers you have in the squad and the type of player you bring in too.
“Sometimes you need to bring in experienced players at an international level.”

Everton take a break from Premier League action this weekend as they travel to Arsenal for an FA Cup quarter-final tie on Saturday, with the cup another potential route into the Europa League for the Blues.

Everton are priced at 8.00 to win the FA Cup this season and it they do it would be a second successive FA Cup title for Martinez, who guided Wigan to glory last term.

Arsenal are 3.80 to win the competition while Manchester City, who take on Wigan in the last eight in a repeat of last year’s final, are 1.75 to land the FA Cup.