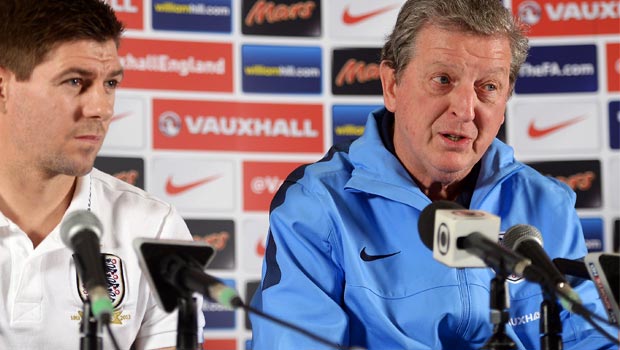 England manager Roy Hodgson admits he has been left with a selection headache ahead of the World Cup after Wednesday’s friendly win over Denmark.

The Three Lions failed to break down Denmark in the first half in what was a laboured performance, but the introduction of Luke Shaw, Adam Lallana and Danny Welbeck in the second period saw England improve.

Liverpool winger Raheem Sterling, who started the game, was named man of the match in the final warm-up game before Hodgson names his 23-man squad for Brazil, with a further seven stand-by names, on May 13.

Hodgson admits he has some tough choices to make before he decides on his final World Cup squad.

“It means headaches for me but it’s good news. I’m happy with their desire to get on that plane,” said Hodgson.

“Raheem Sterling, Daniel Sturridge, Adam Lallana, Luke Shaw, Alex Oxlade-Chamberlain, even Jack Wilshere, all of those came out of the game with credit.”

England’s performance was far from convincing and Hodgson’s Danish counterpart, Morten Olsen, appeared to doubt their chances of challenging for the World Cup after the game.

He said: “I wish you good luck in the World Cup. You need it.”

England can be backed at 30.00 to win the World Cup, while defending champions Spain, who claimed a 1-0 win over Italy on Wednesday, are 8.00 to secure a second successive title.