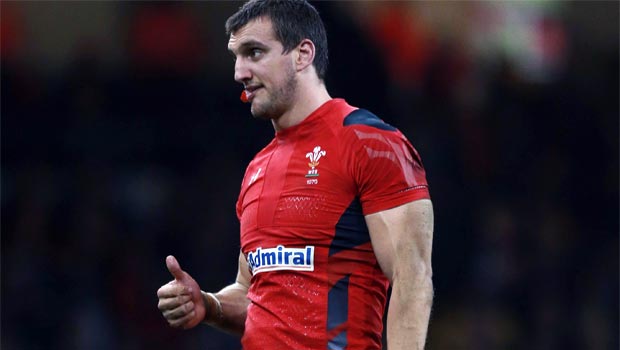 Wales captain Sam Warburton says the British & Irish Lions’ triumph over Australia in the summer has no bearing on Saturday’s encounter with the Wallabies in Cardiff.

Warburton skippered the Lions, which boasted a heavy Welsh contingent, to a first series win in 16 years Down Under earlier this year.

For the final Test in Sydney, coach Warren Gatland named 11 Welsh players in his starting XI and was rewarded as the Lions crushed the Wallabies 41-16 to win the series 2-1.

While Warburton and Gatland are immensely proud of their success with the Lions, they are now focusing on guiding Wales to a rare win against a southern hemisphere nation.

The Six Nations champions have lost their last eight Test matches against the Wallabies and have only beaten them once during Gatland’s time in charge.

Hopes of a rare win against Ewen McKenzie’s men have been raised by the presence in the squad of so many players who represented the Lions, with no fewer than 11 making the cut.

But Warburton is keen to stress that the Lions’ success has no relevance to Wales and he is fully focused on making sure his nation end their hoodoo against Australia this weekend.

“The Lions has no bearing on the match on Saturday,” said the 25-year-old flanker. “It is for Wales, and the Welsh fans will want to see it as well as the players.

“The Lions hasn’t been spoken about once. I haven’t been thinking about it.

“There might be nine or 10 of us who played against them, but there are still another 13 guys in the [match-day] squad on Saturday.

“The players are very confident and if we can finish this series [of matches] with three wins out of four then it would be a success compared to last year.”

Wales have won two out of their three autumn internationals so far, going down to South Africa in the first game before beating Argentina and Tonga.

Australia also lost the first match of their northern hemisphere tour – to England – but have subsequently recovered to beat Italy, Ireland and Scotland.